Guitarist Chris Casello is one the most dynamic and entertaining guitarist in the world of roots music today. Casello takes his influences from Les Paul and Chet Atkins to Chuck Berry and Link Wray, multitasking guitar, steel and vocals in a high energy swinging rockabilly blues explosion.
Originally from the Detroit area, Chris has worked with dozens of artists and toured the world, specializing in roots styles from swing, rockabilly, rhythm and blues, and country.

Chris Casello has been honored as 2017 Muscian of The Year in Austin’s Ameripolitan awards winning the coveted Ralph Mooney award.  He was voted  # 1 Honky-Tonk Hero 2011 by the Best Of Nashville Scene and has been listed among the Top 10 Best Dressed in Nashville by MyFashionMaven.com!  Back in the Detroit days Casello had been honored by Detroit Metro Times polls in the jazz, country and rock categories. Chris is a second generation member of  The Rockabilly Hall of Fame.

Chris Casello has enjoyed long working relationships with Sun, Fortune and Motown Artist Johnny Powers and many other pioneers including Jack Scott, Billy Lee Riley and Bo Diddley to name only a few.
Any Chris Casello show always features mind boggling guitar and stage tricks so embedded in American roots you can smell the greens and taste the hot sauce.

‘If you've ever had your mind blown by a guitarist who looks a little like Silvio from The Sopranos, then you know the guy. Whether he's fronting his trio or working as a sideman (most notably, with the fabulous Brazilbilly), he stands out more for what he doesn't play: while a lot of other axmen try to wow you with their gazillion-notes-a-second chicken-pickin' virtuosity, Casello is a paragon of taste, emphasizing melody, groove and a healthy dose of musical humor, as he combines vintage country, slap-back rockabilly, blues and jazz. And he's a badass steel player to boot.’ - Jack Silverman, Nashville Scene
A recent review of Chris’ latest album:
‘A kick ass ride with one of America's wildest guitar players. 'The Nashville Years' is a compilation full of Chris's original songs and dynamite guitar playing. Recorded using tubes and tape and no digital monkey business.’ - Rockabillyworldwide.com 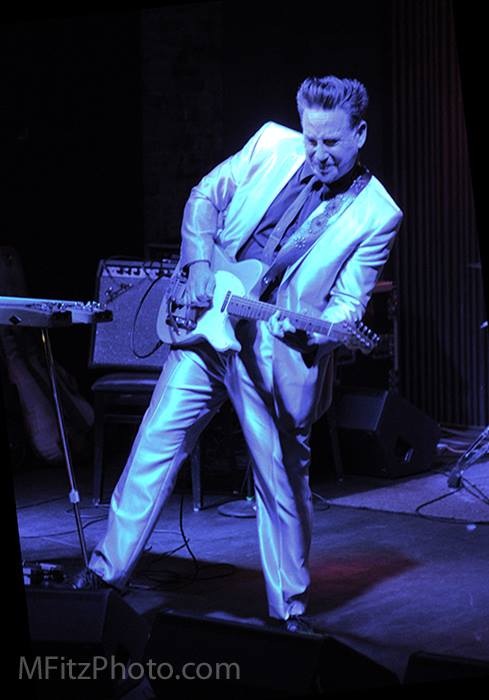